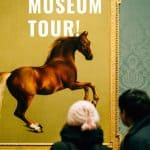 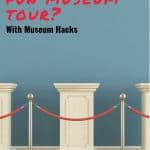 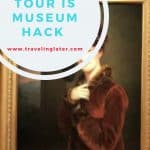 There are definitely two camps about Museum Tours - the “we love them” camp and everyone else.

For members of the first camp, part of your excitement and anticipation of a trip is the chance to stand as close as possible gazing at a Ruben, a Botticelli, or a Titian. For sure a museum tour - and probably more than one museum tour - is front and center on your itinerary. (Loosely constructed and casually followed itineraries notwithstanding.)

So it’s a COMPLETE DRAG when your travel companion belongs to the ‘everyone else’ camp.

They can take or leave (as long as it’s the latter) the cool and quiet museum halls, stuffed with historic, archeological and artistic wonders. Or worse, they agree to go with you only to zip through the audio tour - making you stop halfway through recordings and scramble to follow or be lost forever.

The Tour with An Attitude

But what if there was a wonderful middle ground? A way to visit museums that’s mind-blowingly different for both camps? Meet Museum Hacks who, as they say on their website, offer “Unconventional tours of the Worlds Best Museums.” Museum Hacks offers a tour experience unlike any you’ve imagined.

I randomly stumbled upon Museum Hacks (or maybe they found me - whatever - sometimes cool things just come across your horizon). So when I heard about their Badass Bitches tour - well, they had me at “Bad.” The more I read about their cleverly crafted and curated two-hour tours, the more I knew it was just a matter of time before I’d enjoy one myself.

Adding my name to their email list kept me in the loop about what this New York City-based company offers at museums in New York, San Francisco, Washington DC, Chicago and Los Angeles. Then I received an email about a Beta Tour, at the De Young Museum in Golden Gate Park, San Francisco. (Beta Tours are when you get to be a part of a new tour guide launching their inaugural storytelling tour.)

Since I live two(to-three-to-four) hours away from San Francisco, depending on traffic, I decided to check it out. I fell in with commuter traffic at 6 AM one recent, foggy weekday morning and washed up on the front porch of the De Young just before the gates slid open. Inside I made my way to the base of a large staircase, put on a sticky name tag and joined a group of 9 others waiting for whatever was going to happen on this UnHighlights tour.

Even though I’d wanted to go on a Museum Hack tour for eight or nine months, I had no idea what to expect. Perfect.

Knowing it was our tour guide Kathy’s first tour, listening to her quiet voice made me nervous for her. At our first stop, I was feeling the sympathy butterflies-in-the-stomach all while struggling to stay in the moment in an exhibit of carved Mayan relics. 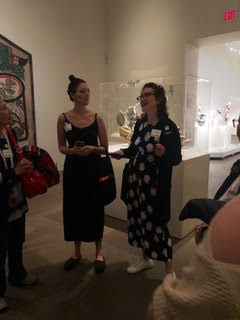 THIS was not your ordinary museum tour delivered by a hesitating, nervous new tour guide. Far from it!

As Kathy began to weave her stories, I wanted to Google every detailed question that popped into my head. How would I know the backstory of sex and chocolate if I’d cruised through this exhibit on my own? Frankly, I’d have skimmed through with mild interest at the carving skills Mayan and Aztec artists possessed, end of story.

Museum Hack tours are filled with backstories like this, and Kathy’s included details about how deaf Beethoven ‘heard’ the music he created and where a surviving lock of his hair is now located (in a San Jose State University Museum in Silicon Valley!) Each stop on the tour offered a window into the time and place tied up in an arcane little backstory.

A row of children's portraits led to the story of how the artist created a niche that helped him stand out in a crowded field of portrait artists. He specialized in portraits of children, but specialized even further with a side-hustle painting dead children - and according to Kathy... “He killed it.”

Plus - there were games!

But Wait - They Have Games

Now if I’d known ahead of time there would be games - it might not have gone well. But spring them on me and I’ll have fun before I know what’s happening. That’s how I found this portrait of a young woman wearing a fur collar and cuffs and identified her as my partner in crime (the game), revealing to all that we were the famed Karaoke duo known as “The Foxes” (also the game). 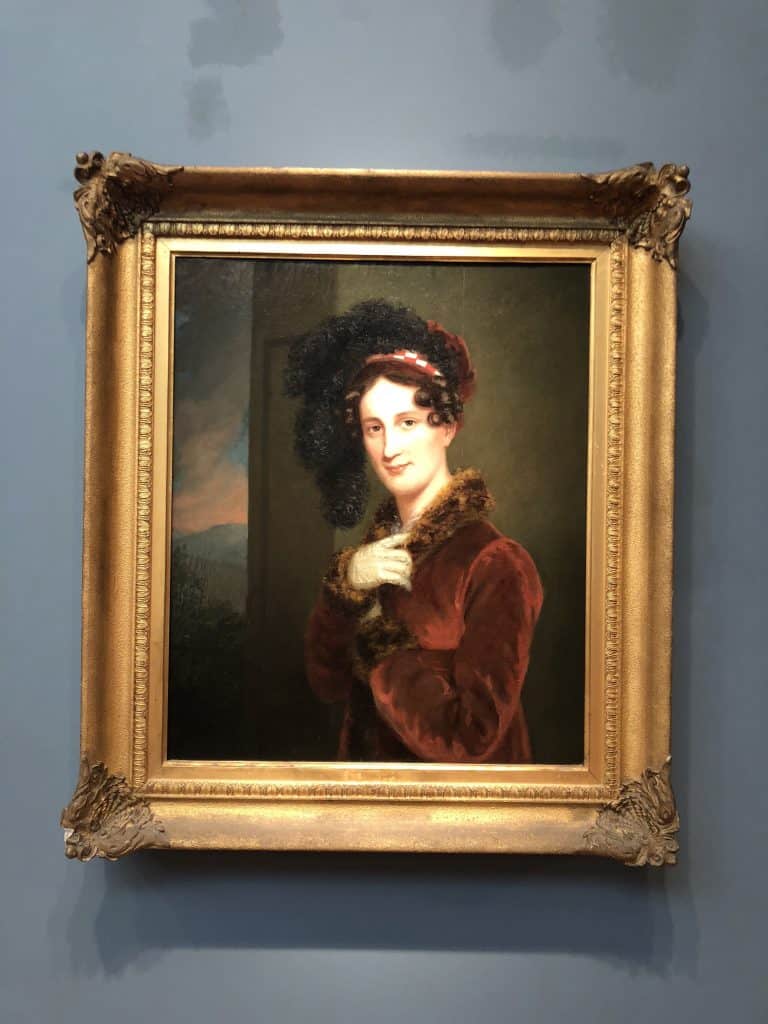 At the end of the tour, Kathy handed me a mini polaroid of me and my partner in crime.

The small group size created a relaxed atmosphere and the two-hour tour was over before I knew it. Listening to Kathy’s research-rich stories felt like a casual but riveting conversation between like-minded people. She told me that the guides curate their own tour - picking out focal pieces that resonate with them and doing research into the backstories.

There was plenty of time built into the tour to view some galleries on our own. And the tour included full admission to the museum, so you can stay as long as you like - short of Night at the Museum - or head straight to the Cafe at the De Young for wine, food and an incredible view. How could anyone - from either camp - not love this new take on the standard Museum experience?

Have you ever been on a Hacking Museum tour or have an idea for one? I’d love to hear about it in the comments.

And when you're done touring the museum - head out to a wild night in The City. Find out how in this post!